The difficulty with finding a cure

Ed, our resident biology professor and research guru, posted the following response to a KDA Forum question on why finding a treatment or cure for Kennedy’s Disease and other neuromuscular diseases is so difficult. Ed did such a fine job of clarifying the problem I thought that others should have the opportunity to read his response.

Reference medical research on neuromuscular diseases, no one has yet determined exactly why the cells die in such diseases, much less how to stop the cell death. This is not due to lack of money, effort, organization or urgency, but because it is a very, very difficult problem. Each cell has thousands of machine-like molecules called proteins and each protein has a specific function in the cell. Of these thousands of proteins, it is not obvious which are important for keeping the cell working properly – or even how they keep the cell working properly.

Within the brain alone, there are thousands if not millions of different types of cells, each with their own function and specific set of proteins. Kennedy's Disease (or Parkinson Disease or Huntington Disease or ALS etc.) all cause a small subset (and this subset is different in each disease) of these cells to die. It is not understood what specifically makes each cell type different or why only some neurons die in each of these diseases or, in fact, why any nerve cells die in these disease. It is very difficult to find a cure for Kennedy's Disease when it is not even understood why the cells die. 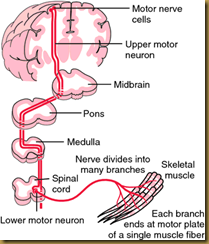 One of the first steps to understanding why a cell dies in Kennedy's Disease is to understand how the cell works – thus understanding the role of each of the proteins in the cell. We do know that in Kennedy's Disease, the defect is originally in the protein called the Androgen Receptor (AR) and somehow (no one knows how despite extensive research) this leads to some specific nerves cells to die. To figure out the molecular cause, it is necessary to figure out all the possible interactions that AR can have and try to identify the one that causes the cells to die. The AR interacts with hundreds of other proteins.  Which of these interactions is relevant for Kennedy's Disease? No one yet knows. This is akin to finding a specific hay strand in a haystack – it is a very difficult problem and despite our wishes, it takes time to work this out.

There is another issue that needs to be understood. Suppose that someone develops a treatment for Kennedy's Disease tomorrow. What would this treatment do? Most likely, it would prevent the nerve cells from dying. It is extremely unlikely, however, that it would regenerate new nerve cells (this is technology that is quite futuristic). Thus, those of us with Kennedy's Disease that has progressed will not have our symptoms reversed – we would just stop the current downward progression. While this would be a tremendous development, we would still have Kennedy's Disease symptoms.