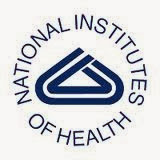 The National Institutes of Health (NIH) posted the following on their ‘Clinical Trials’ website.

Safety, Tolerability, and Efficacy of BVS857 in Patients With Spinal and Bulbar Muscular Atrophy

It appears this is a two part placebo-controlled study to determine dosage and potential safety issues as well as the any change in thigh muscle volume. The trial is to begin this month.

I will post more information as it becomes available.

John Coakley, Sr., President of the KDA, sent out the following press release from the NIH along with this comment:

“What a great program!

We can begin to think about the Kennedy’s Disease Association  ‘partnering' with others in the future. It's not as 'far-fetched' as you might think. Let's all look ahead five years and open our minds to unlimited possibilities.” 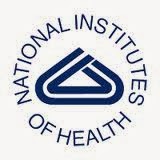 The goal is to develop new treatments earlier, beginning with Alzheimer's, type 2  diabetes, and autoimmune disorders.
The National Institutes of Health, 10 biopharmaceutical companies and several non-profit organizations today launched an unprecedented partnership to transform the current model for identifying and validating the most promising biological targets of disease for new diagnostics and drug development.

The Accelerating Medicines Partnership (AMP) aims to distinguish biological targets of disease most likely to respond to new therapies and characterize biological indicators of disease, known as biomarkers. Through the Foundation for the NIH (FNIH), AMP partners will invest more than $230 million over five years in the first projects, which focus on Alzheimer's disease, type 2 diabetes, and the autoimmune disorders rheumatoid arthritis and systemic lupus erythematosus (lupus).

A critical and groundbreaking element of the partnership is the agreement that the data and analyses generated will be made publicly available to the broad biomedical community.  The three- to five-year, milestone-driven pilot projects in these disease areas could set the stage for broadening AMP to other diseases and conditions.

"Patients and their caregivers are relying on science to find better and faster ways to detect and treat disease and improve their quality of life," said NIH Director Francis S. Collins, M.D., Ph.D. "Currently, we are investing a great deal of money and time in avenues with high failure rates, while patients and their families wait. All sectors of the biomedical enterprise agree that new approaches are sorely needed."

"The good news is that recent dramatic advances in basic research are opening new windows of opportunity for therapeutics," continued Dr. Collins. "But this challenge is beyond the scope of any one of us and it's time to work together in new ways to increase our collective odds of success. We believe this partnership is an important first step and represents the most sweeping effort to date to tackle this vital issue."

As a result of technological revolutions in genomics, imaging, and more, researchers have been able to identify many changes in genes, proteins, and other molecules that predispose to disease and influence disease progression. While researchers have identified thousands of such biological changes that hold promise as biomarkers and drug targets, only a small number have been pursued. Choosing the wrong target can result in failures late in the development process, costing time, money, and ultimately, lives. Currently, developing a drug from early discovery through U.S.  Food and Drug Administration approval takes well over a decade and has a failure rate of more than 95 percent. As a consequence, each success costs more than $1 billion.

"The AMP rallies scientific key players of the innovation ecosystem in a more unified way to address one of the key challenges to Biopharma drug discovery and development," said Mikael Dolsten, M.D., Ph.D., President of Worldwide Research and Development at Pfizer. "This type of novel collaboration will  leverage the strengths of both industry and NIH to ensure we expedite translation of scientific knowledge into next generation therapies to address the urgent needs of Alzheimer's, diabetes and RA/lupus patients."

AMP has been more than two years in the making, with intense interactions etween scientists in the public and private sectors, progressive refinement of the goals, strategy development support from the Boston Consulting Group, and scientific project and partnership management by the FNIH. Through this effort, AMP partners have developed research plans and are sharing costs, expertise, and resources in an integrated governance structure that enables the best informed contributions to science from all participants.
No comments: