Yes, it is hard to believe that 26 months ago I started taking dutasteride (Avodart). At that time I didn’t know what to expect, but I was hoping for something special. If you have followed my journey, you know that my first couple of months were fantastic. After that, things calmed down a little, but it was still good.

One year into my experiment, I was very thankful that things were still good. I hadn’t noticed any negative side effects and my strength and stamina were good.

I came down with the flu in January and it was a tough three weeks. I was also on a blood thinner at the time for a blood clot in my calf. Combined, the two destroyed my strength. I found it difficult to even lift a glass of water or stand for more than a minute. Fortunately, as I stopped taking the blood thinner, I was also recovering from the flu. Almost immediately I could tell the difference. Leg strength improved daily and within three days I was back to where I was before the clot and the flu. Boy, was I thankful

In reviewing my daily journal, the one I started over two years ago, the consistency of strength and stamina is most apparent. Prior to starting the dutasteride trial, I had at least one ‘down-day’ a week where I felt more tired (fatigued). I just don’t have them anymore. I have also increased the length (number of exercises) and reps over the last couple of years. Instead of a gradual decline in my strength, it appears to have stabilized and I am doing as much today as I was two years ago. Additionally, my ability to swallow without choking has improved.

In December, along with my annual physical, checkup and blood tests, my doctor and I reviewed my last two years of taking dutasteride. We decided that I should continue to take Avodart for another year.

On February 15, I celebrated my second year. Celebrated? Yes, celebrated. Dutaseride is not a cure for Kennedy’s Disease.  And, it is not an effective treatment for everyone.  But, it works for me and for that I am most thankful.
No comments:

The United States Library of Medicine has published the “Genetic Home Reference - Your Guide to Understanding Genetic Conditions.” I found this website to be a very user-friendly, yet a comprehensive guide to most genetic disorders including Kennedy’s Disease (SBMA). The explanations are well written and for the layperson. Below are a series of screenshots of the main pages of the guide. Check it out and let me know what you think. 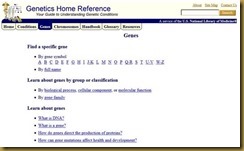 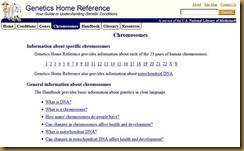 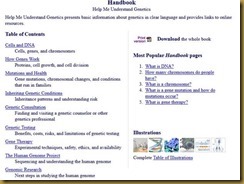 The National Organization of Rare Disorders (NORD) has distributed the following message to its members.  The KDA participated in the initial solicitation of support, but the current proposed guidelines falls a little short by not asking for patient input.  For those of us with Kennedy's Disease, ALS or MS, for example, I believe we would like a say in this process ... especially as the disease progresses.

Below is NORD’s message plus the link to their letter:


Benefit-risk assessments are the basis of FDA's regulatory decisions in the pre-market and post-market review process of drugs and biologics. The patient voice in this process is critical. In our letter to the FDA September 27, 2011,we expressed our hope that patients and patient organizations would be able to contribute toward the agency's decision-making in assessing the benefit-risk equation of new products as well as the amount of risk patients at various stages of their condition are willing to take, the quality-of-life challenges they face, the ways they receive information about the proper use of their therapies, how often they see and receive information from their physicians, and other information that FDA medical reviewers and other relevant FDA staff may benefit from knowing directly from patients.

The FDA published a draft of their “Proposed Approach to Benefit-Risk Assessment in Drug Regulatory Decision-Making” in February 2013.  Unfortunately, this draft- as currently written- falls short of the expectations to include the patient voice in the process.

Please review our comments to the FDA, which are due May 7.  Your voice and support of these comments is critical.  To sign on to these comments, please contact Diane Dorman, ddorman@rarediseases.org, no later than Monday, April 29. If you have additional questions, please do not hesitate to contact her.

A paragraph from the linked letter needs reinforcing.

“We believe that the benefit-risk framework would be substantially improved if it were revised to include the meaningful and timely involvement of patients. FDA should also establish mechanisms to communicate with patients, and receive information from patients, to enhance the factual basis of individual benefit-risk assessments in real time. Such a mechanism would serve FDA’s goal of avoiding incorrect assumptions about patient risk tolerance, as well as providing the contextual information that is key to the benefit-risk framework. We also believe that FDA can, and should, exercise leadership to include patients and to include the regulated industry which has the resources to develop the kinds of contextual data that FDA seeks. As new drugs, particularly those to address unmet medical needs, are continuously being offered for review, FDA needs an enhanced timetable for assuring patient input.”

If interested, I recommend that you contact your Senators and Representatives expressing your support of ‘patient involvement’ in the benefit-risk assessment process.
No comments:

Below is a press release from NORD referencing the new health insurance marketplace that will open October 01, 2013 for coverage that will begin January 01, 2014.  This is a major change under the Obama-care program for national and state-based marketplaces and the Navigator program.

For those of us living with Kennedy's Disease, this program might be of help when other more affordable healthcare options are not available.

Open enrollment in the new health insurance Marketplace begins Oct. 1, 2013, with coverage to begin Jan. 1, 2014.  The following is a press release from CMS about a proposed rule regarding Marketplace "Navigators".  Read the proposed rule here.  Please feel free to share this information with your members.

-------------------------------
The Centers for Medicare & Medicaid Services (CMS) has issued a proposed rule outlining standards that Navigators in Federally-facilitated and State Partnership Marketplaces must meet and clarifying earlier guidance about the Navigator program.

Navigators are organizations that will provide unbiased information to consumers about health insurance, the new Health Insurance Marketplace, qualified health plans, and public programs including Medicaid and the Children's Health Insurance Program.

"Navigators will be an important resource for consumers who want to learn about and apply for coverage in the new Marketplace," said CMS Acting Administrator Marilyn Tavenner.

Millions of Americans will be eligible for new coverage opportunities in 2014.  For those who are not familiar with health insurance, have limited English literacy, or are living with disabilities, navigators will serve an important role in ensuring that people understand the health coverage options available to them.  Navigators will provide accurate and impartial assistance to consumers shopping for coverage plans in the new Marketplace.

In addition to navigators, consumers will have access to assistance through services such as a call center, where customer service representatives can provide referrals to the appropriate state or federal agencies, or other forms of assistance programs including in-person assistance personnel, certified application counselors and agents and brokers.