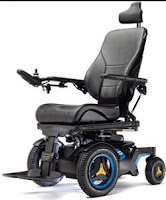 The MDA sent out an email yesterday concerning a proposed change that would cut payments for more complex wheelchair accessories. This is something that needs our, those of us living with Kennedy's Disease, attention.

As some of you might know, seats that elevate are not covered by Medicare. This has always been frustrating. With a lift seat, I can still transfer to another chair, the toilet, and the bed. Without it, I would need to have someone capable of assisting me by my side all day.With adjustable seats, seat backs, and leg rests, I can take pressure off of my hips, buttocks. legs, etc.

Please read the bulletin below and consider contacting your representative by clicking on the link below. Thank you.

The Medicare program is planning to cut payments for complex rehab wheelchair accessories that are needed by people living with muscular dystrophy, ALS, Spinal Muscular Atrophy (SMA) and other neuromuscular diseases.   The cuts are set to take effect on January 1, 2016 and would limit access to critical accessories such as custom head support and seating systems, mounting hardware, adjustable leg rests, and specialty drive controls among other wheelchair accessories that people living with these diseases rely on each day of their lives.  Therefore, we need your help today!

The Muscular Dystrophy Association (MDA) and ALS Association have joined together to support legislation introduced in the House (H.R. 3229) and Senate (S. 2196) that would stop these cuts and ensure that people with muscular dystrophy, ALS and other neuromuscular diseases continue to have access to the full range of complex rehab accessories that meet their medical needs.

Please contact your members of Congress and urge them to cosponsor this critical legislation. Because the bills must be passed and enacted by December, 31, 2015 in order to prevent these cuts, it is critical that you contact Congress today!  A letter you can customize and email directly to your elected officials is available by clicking here.

Background:
In 2008, the Muscular Dystrophy Association (MDA) and the ALS Association supported legislation that specifically excluded complex power wheelchairs and related accessories from Medicare’s competitive bidding program.  Congress took this action because they understood that the competitive bidding program did not recognize the complexities of neuromuscular diseases like ALS and muscular dystrophy, the difficulties imposed by the diseases, or the sophisticated equipment and services that are required to help improve the lives of people living with these diseases.  Since that time, complex rehab accessories have not been included in the competitive bidding program.   However, Medicare is now planning to change that, despite existing law that specifically excludes these technologies and despite the fact that such a change could reduce or even eliminate the availability of these vital technologies.

H.R. 3229 and S. 2196 would make technical corrections to the law to clarify that complex rehab wheelchair accessories should continue to be covered using Medicare’s established fee schedule amounts and not be paid for using competitive bidding prices, which do not capture the full cost of these customized accessories.  The bills follow the intent of Congress with passage of section 154 of the Medicare Improvements for Patients and Providers Act (MIPPA) in 2008 and would help to ensure that complex rehab technologies remain available to people with ALS and muscular dystrophy, and other neuromuscular diseases.
No comments:

Why an update on Huntington's Disease? Good question.


The first few patients have received doses of an experimental RNA-targeting drug for Huntington's disease, it was announced today.
The trial aims to test the safety of an experimental drug known as ISIS-HTTRx, discovered and developed by Isis Pharmaceuticals. Administered by injection into spinal fluid to improve its delivery to the brain, the drug is the first tested in patients that targets the known cause of the disease: a toxic protein called mutant huntingtin which slowly damages and kills neurons, leading to the progressive and ultimately fatal decline in mental and physical abilities that is the devastating hallmark of Huntington's disease.

The huntingtin gene and its lethal protein product have been the focus of intense research across the world since their discovery in 1993. 'Gene silencing' drugs, also known as 'antisense' drugs, are designed to reduce production of a chosen protein by attaching to the mRNA 'message molecule' that's made whenever a gene is activated. ISIS-HTTRx targets the huntingtin message molecule, telling the cell to dispose of it, thereby reducing production of the mutant huntingtin protein.

There are no treatments to prevent, slow or cure Huntington's. RNA-targeting antisense drugs, like ISIS-HTTRx, that lower huntingtin production are widely considered the most promising therapeutic strategy currently under investigation. Isis's Huntington's disease therapeutics underwent over a decade of refinement and preclinical testing before human trials could begin. The first Phase 1/2a trial is focused principally on safety, using slowly increasing doses of ISIS-HTTRx with careful monitoring of patient wellbeing, scans and laboratory parameters. In addition, the researchers will be looking for chemical signs that the drug is having the desired effect - by measuring the level of mutant huntingtin protein in the cerebrospinal fluid using a newly developed assay. ...

To read the rest of the article, follow this link:  http://medicalxpress.com/news/2015-10-patients-dosed-gene-silencing-drug.html
No comments:

Surgery Considerations for those with Kennedy's Disease

This topic has come to the surface again. A friend who is currently in the hospital discussed his concerns of using certain anesthesia after receiving some information from a doctor familiar with Kennedy's Disease.

"Important:  A known issue has been reported by Dr. Neil Porter. Do not used  SUCCINYLCHOLINE (generic name). Brand names include Anectine and Quelicin.  Please have your medical file updated.This drug could be life threatening for a person with Kennedy's Disease." 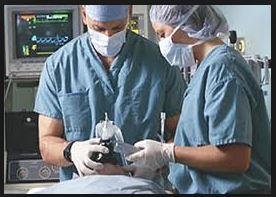 Certain types of anesthesia have been known to cause or create problems for those of us living with this condition. There is an entire page on the KDA website on this subject. Also on this page are several other items to discuss with your doctor and anesthesiologist prior to surgery.

The key message is to make the surgery team aware of your condition and to provide them with information on possible issues with certain anesthetics and also on potential post-surgery concerns.

When I was scheduled for surgery several years ago to repair a broken tibia and fibula, I brought in a copy of the webpage mentioned above. After my doctor read the information and discussed it with the anesthesiologist, they decided on a different course of action.
2 comments: