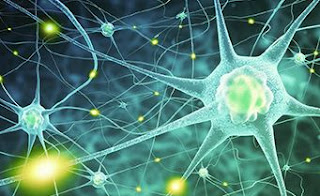 The University of Sheffield published the following news release yesterday. As always, additional research is required, but the premise is interesting.

Our cells have their own repair toolkits specially designed to fix breaks in DNA, however, the products of the expansion over-activate a process called autophagy – a process that gets rid of misfolded or “unwanted” proteins.

The new study, jointly directed by Professor Sherif El-Khamisy from the University of Sheffield’s Department of MBB and Professor Mimoun Azzouz from SITraN at the University of Sheffield, published today (17 July 2017) in Nature Neuroscience, shows that the expansion driven over-activation of this process can degrade some of the very precious DNA toolkits, meaning the cells will eventually die.

“We were able to shut down the out-of-control degradation process, which runs down the cell’s ability to fix genomic breaks, using genetic techniques,” said Professor El-Khamisy.

“Even though the DNA was still damaged, the cells were able to cope and did not die. Discovering this new mechanism and its consequence is a significant step towards developing new therapies for motor neurone disease and other neurodegenerative conditions. ..."

Click on the title to read the entire article.
No comments:

I thought I published an article on this study, but cannot find it. So, here it is.

Researchers at University of California, San Diego School of Medicine have identified the mechanism by which a rare, inherited neurodegenerative disease causes often crippling muscle weakness in men, in addition to reduced fertility.

The study, published August 10 in the journal Nature Neuroscience, shows that a gene mutation long recognized as a key to the development of Kennedy’s disease impairs the body’s ability to degrade, remove and recycle clumps of “trash” proteins that may otherwise build up on neurons, progressively impairing their ability to control muscle contraction. This mechanism, called autophagy, is akin to a garbage disposal system and is the only way for the body to purge itself of non-working, misshapen trash proteins.

“We’ve known since the mid-1990s that Alzheimer's disease, Parkinson's disease and Huntington's disease are caused by the accumulation of misfolded proteins that should have been degraded, but cannot be turned over,” said senior author Albert La Spada, MD, PhD and professor of pediatrics, cellular and molecular medicine, and neurosciences. “The value of this study is that it identifies a target for halting the progression of protein build-up, not just in this rare disease, but in many other diseases that are associated with impaired autophagy pathway function.” ...

... “Our study tells us that if we can find a way to keep TFEB working, we likely can prevent this disease and others like it from progressing,” La Spada said. “We now have a target for new therapies to treat not only Kennedy's disease, but also many more common neurological disorders.”

Exercise! Are you kidding me? If you are a frequent reader of my blog, you are aware of my feelings on the benefits of a regular exercise and stretching program. I exercise every day. I alternate between heavy (90+ minutes) and light days (30+ minutes). I exercise in the morning and in the evening. I don’t expect everyone to be as crazy as I am, but I do hope everyone will find a comfortable exercise routine that become part of your everyday routine.

Pulmonary and cardiac benefits, as well as joint lubrication and muscle memory, are the main reason I exercise. If I didn’t feel I was receiving any benefits from the routine, I wouldn’t do it.

Finding your own exercise program and routine is important. For that reason, I am including links to several articles on exercise and exercise programs. There are many more available on the internet, but these might be of benefit. As always, before starting any exercise program, discuss it with your doctor. And, if possible, have a physical therapist work with you initially to evaluate and recommend a program that fits your particular needs. The Preamble of our Constitution states, "We the People of the United States, in Order to form a more perfect Union, establish Justice, insure domestic Tranquility, provide for the common defense, promote the general Welfare, and secure the Blessings of Liberty to ourselves and our Posterity, do ordain and establish this Constitution for the United States of America.

Tomorrow is Independence Day, Unfortunately, I have to ask what happened to our country? It appears Sir John Dalberg-Acton was right. “Power tends to corrupt, and absolute power corrupts absolutely.”

The United States is a "melting pot," a fusion of nationalities, cultures, and ethnicities - different elements "melting together" for the common good of all.

I’m certain our foundering fathers couldn’t agree on everything. Each representative probably thought their way was the best for the country. Yet, they were able to set aside their differences and come together to create a nation. They knew the United States would not be perfect, nothing ever is. But, it would be far better than the alternatives.

They forged a nation that allows everyone
These are our rights.

Not everything has to be an “all-or-nothing” situation. Compromise shouldn’t be considered a weakness. Meeting somewhere in the middle allows for “Win-Win” situations for the common good of all.


I wish you a safe and happy 4th of July 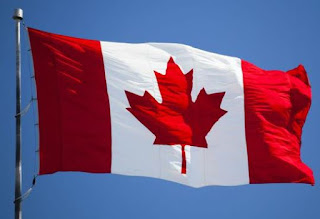 "On July 1, 1867, with passage of the British North America Act, the Dominion of Canada was officially established as a self-governing entity within the British Empire. Two years later, Canada acquired the vast possessions of the Hudson’s Bay Company, and within a decade the provinces of Manitoba and Prince Edward Island had joined the Canadian federation. In 1885, the Canadian Pacific Railway was completed, making mass settlement across the vast territory of Canada possible."
No comments: