ALS is a quickly progressing disease. People diagnosed with ALS can’t afford to wait to access the SSDI benefits they desperately need.

Currently, all people living with Amyotrophic Lateral Sclerosis (ALS) who qualify for Social Security Disability Insurance (SSDI) must wait five months before they can begin receiving these benefits.

To address this issue and provide relief for these individuals, Sen. Sheldon Whitehouse (D-RI), Sen. Tom Cotton (R-AR), Rep. Seth Moulton (D-MA), and Rep. Peter King (R-NY) introduced the ALS Disability Insurance Act in February 2019. The legislation would eliminate the five month waiting period for SSDI benefits for people living with ALS so that they can begin receiving these benefits immediately.

Because ALS can progress very quickly, it is essential that diagnosed individuals are able to access SSDI benefits as soon as possible. Congress has recognized the urgent need of the ALS community before when it voted in 2000 to waive the two year waiting period for Medicare eligibility for ALS patients.

The Muscular Dystrophy Association has led the way for innovations in ALS science and care for nearly 70 years. We have dedicated hundreds of millions of dollars to ALS research, and care for tens of thousands of people diagnosed with ALS and their families.
No comments: Links to this post

CHMP7 has shown up twice recently in research on SBMA. The previous article can be found here: 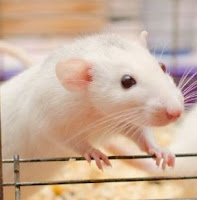 "...Results showed that 178 genes were upregulated (overly active), while 287 were downregulated (under-activated) in motor neurons from SBMA mice compared to healthy animals, indicating that transcriptional dysregulation in SBMA starts at an early stage of development.

One of the genes that was donwregulated in motor neurons from animals with SBMA was Chmp7 (Charged Multivesicular Body Protein 7). Interestingly, the expression levels of this gene also were affected in motor neurons from the spinal cord and lower legs of adult SBMA mice before the onset of symptoms. (Of note, gene expression is the process by which information in a gene is synthesized to create a working product, like a protein.)

Similar alterations in the expression levels of CHMP7 (the equivalent gene of Chmp7 in humans) also were found in motor neurons’ precursors derived from SBMA patients’ induced pluripotent stem cells (iPSCs), suggesting that Chmp7 may play an important role in SBMA development. iPSCs are fully matured cells that are reprogrammed back to a stem cell state, where they are able to grow into any type of cell.

Moreover, the research team discovered that other genes involved in multiple signaling cascades essential for cellular function, such as the tumor suppressor (p53), DNA repair and energy metabolism, also were dysregulated in motor neurons from SBMA animals.

In addition, scientists observed that SBMA motor neurons showed signs of mitochondria (the cell compartments responsible for the production of energy) dysfunction and DNA damage, possibly caused by transcriptional dysregulation of genes involved in energy metabolism and/or DNA repair.

“Taken together, these findings indicate that an interplay of multiple pathways contribute to the disease pathogenesis [development] of SBMA. Significantly, the dysregulated genes and pathways, and in particular Chmp7/CHMP7 identified by our transcriptomic profiling may serve as candidate druggable molecular targets for therapy development in SBMA,” the researchers concluded."
No comments: Links to this post

Below is an excerpt of a good article on the National Public Radio website. Clink on the title below to read the entire article. 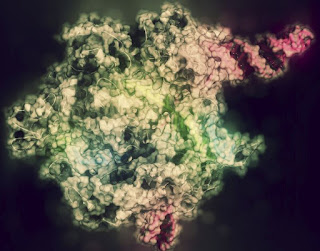 "...scientists have long hoped CRISPR — a technology that allows scientists to make very precise modifications to DNA — could eventually help cure many diseases. And now scientists are taking tangible first steps to make that dream a reality.

For example, NPR has learned that a U.S. CRISPR study that had been approved for cancer at the University of Pennsylvania in Philadelphia has finally started. A university spokesman on Monday confirmed for the first time that two patients had been treated using CRISPR.
The revelation comes as several other human trials of CRISPR are starting or are set to start in the U.S., Canada and Europe to test CRISPR's efficacy in treating various diseases.

"2019 is the year when the training wheels come off and the world gets to see what CRISPR can really do for the world in the most positive sense," says Fyodor Urnov, a gene-editing scientist at the Altius Institute for Biomedical Sciences in Seattle and the University of California, Berkeley.

Here are highlights of the year ahead in CRISPR research, and answers to common questions about the technology..."

So what's happening now with new or planned trials?

"We've finally reached the moment when CRISPR is moving out of the lab and into the clinic around the world..."

"...And yet another study, sponsored by Editas Medicine of Cambridge, Mass., will try to treat an inherited form of blindness known as Leber congenital amaurosis.

That study is noteworthy because it would be the first time scientists try using CRISPR to edit genes while they are inside the human body. The other studies involve removing cells from patients, editing the DNA in those cells in the lab and then infusing the modified cells back into patients' bodies.

When might we know whether any of these experimental CRISPR treatments are working?

"...All of these studies are very preliminary and are primarily aimed at first testing whether this is safe. That said, they are also looking for clues to whether they might be helping patients. So there could be at least a hint about that later this year. But it will be many years before any CRISPR treatment could become widely available..."
No comments: Links to this post

Have You or a Loved One Been Recently Diagnosed with a Rare Disorder?

Kennedy's Disease (SBMA) is considered a rare disorder.  Approximately 1 in 40,000 have this condition.

NORD's latest addition to its patient and caregiver resource center is this video providing tips for newly diagnosed patients and their families.

The video includes further information on recommendations including giving yourself time to adjust, connecting with others and learning about your rare diseases.

Click HERE or on the title below to watch the video.

Dr. Al La Spada at Duke University, who many of us know through the KDA, has published in Nature, Scientific Reports some research findings that could prove beneficial in future Kennedy's Disease research.

Note:  You can read the entire report by clicking on the title (link) above. 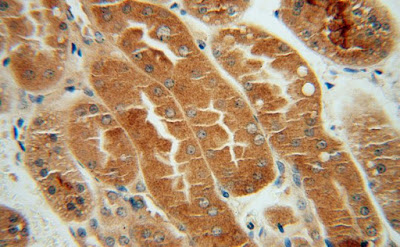 Spinal and bulbar muscular atrophy (SBMA) results from a CAG repeat expansion within the androgen receptor gene (AR). It is unclear why motor neurons selectively degenerate and there are currently no treatments for this debilitating disease. To uncover the causative genes and pathways involved in motor neuron dysfunction, we undertook transcriptomic profiling of primary embryonic motor neurons from SBMA mice. We show that transcriptional dysregulation occurs early during development in SBMA motor neurons. One gene found to be dysregulated, Chmp7, was also altered in vivo in spinal cord before symptom onset in SBMA mice, and crucially in motor neuron precursor cells derived from SBMA patient stem cells, suggesting that Chmp7 may play a causal role in disease pathogenesis by disrupting the endosome-lysosome system. Furthermore, genes were enriched in SBMA motor neurons in several key pathways including p53, DNA repair, WNT and mitochondrial function. SBMA embryonic motor neurons also displayed dysfunctional mitochondria along with DNA damage, possibly resulting from DNA repair gene dysregulation and/or mitochondrial dysfunction. This indicates that a coordinated dysregulation of multiple pathways leads to development of SBMA. Importantly, our findings suggest that the identified pathways and genes, in particular Chmp7, may serve as potential therapeutic targets in SBMA.

To characterise early transcriptional dysregulation and establish disease mechanisms in SBMA, we first performed a global transcriptomic screen of purified cultured spinal cord motor neurons from embryonic AR100 and wild-type (WT) mice treated with dihydrotestosterone (DHT), to reflect the ligand dependency of the disease. We found that 178 genes were upregulated, whilst 287 genes were significantly downregulated in AR100 motor neurons compared with WT cultures (Supplementary Information....

...Despite the ubiquitous expression of the causative AR gene and mutant protein, there is as yet no clear explanation for the selective loss of lower motor neurons in the anterior horn of the spinal cord and specific brainstem motor nuclei in SBMA, although high expression of AR within these cell types may be a possible contributory factor....

...Importantly, as no effective treatment or disease modifying therapies are available, the discovery of targets linked with early motor neuron dysfunction may provide promising therapeutic avenues in alleviating the development and course of the disease....

...There were also signs of DNA damage in spinal cord motor neurons of AR100 mice, which may result from downregulation of DNA repair genes and/or mitochondrial dysfunction. The identified pathways and genes, particularly Chmp7, may therefore represent attractive molecular targets for development of a therapeutic approach for SBMA....

...Finally, mitochondrial and p53 deficits may be early instigators of dysfunction possibly acting independently or also synergistically to initiate the early features of disease in motor neurons. Taken together, these findings indicate that an interplay of multiple pathways contribute to the disease pathogenesis of SBMA. Significantly, the dysregulated genes and pathways, and in particular Chmp7/CHMP7 identified by our transcriptomic profiling may serve as candidate druggable molecular targets for therapy development in SBMA....