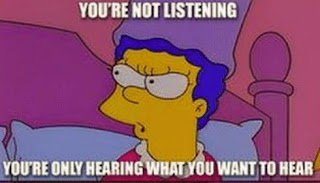 I keep on telling them I don’t need it. I don’t want it. And, to keep it. But, they won’t listen.

My wife came down with some kind of crud (cold?) and it really nailed her. I told her, I didn’t want it. But, no, she just had to share. It is day three and it is not pretty. If she wanted to share something, why not her health?

My daughter, who lives in Minnesota, has ridiculously cold weather right now. I told her to keep it. But, no, she sent is anyway. it arrived and this next week will be 20-30 degrees below normal for the entire week. If she wanted to share something, why not her time – a visit would be a lot better than the freezing cold.

I don’t consider myself a complainer, but I go out of my way to avoid people that are sick. Yet, it is hard to avoid your wife. 😇

And, since cold temperatures do a job on my muscles, I moved south to avoid it. What’s all the flack about global warming? It feels like the beginning of the ice age.

I’m done complaining. Back to my normal PMA.
No comments: Links to this post

This season,
I once again pray for peace 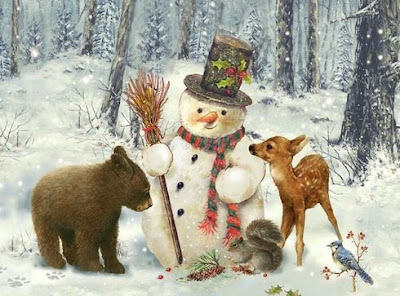 Merry Christmas and Happy Holidays
Have a safe, healthy and happy 2018 filled with love 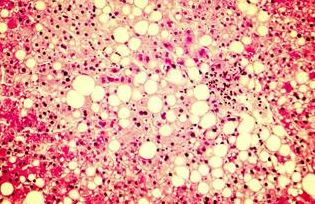 This is a follow-up to an earlier article on this research. This article in Neurology Advisor has an important message for your doctor.
___________

“… Patients with spinal-bulbar muscular atrophy (SBMA) are at high risk for nonalcoholic liver disease as well as elevated glucose, serum triglycerides, and insulin, according to study findings published in Neurology.”

“… Although the researchers indicate that previous research has demonstrated elevations of serum cholesterol in patients with SBMA, the small sample size of 14 in the second group limits the study's detection power for this variable.

Because of the liver's prominent role in drug metabolism, the investigators suggest healthcare practitioners "prescribing medications or evaluating candidate therapeutics for patients with SBMA should be aware of the risk for fatty liver disease and monitor hepatic function." …”
No comments: Links to this post

Tis the Holiday Season for Change 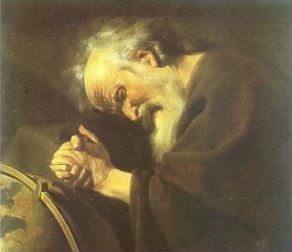 The Greek philosopher, Heraclitus, said, “Change is the only constant in life.” He felt things are always changing, and we need to plan for and be ready for it when it happens.

My wife goes crazy this time of year decorating the house. And, I love it. She is so creative. The house comes alive with the Spirit that is Christmas. Interestingly, she is never quite satisfied with what she does. Often, in a day or two, things are moved or rearranged in such a way that it is new again.

This year, she has gone over-the-top. There will be nineteen of us here for Christmas. I know the last few days will be stressful for her as she prepares the meal, but right now, she is still rearranging things.  😇

It draws an analogy to what happens to those of us living with Kennedy’s Disease. We find ourselves constantly changing how we do things to accommodate our current capabilities. And, since KD is a slowly progressing disorder, we never seem to run out of opportunities for change. What worked last year, no longer accomplishes the task. What currently works, might not work in a year or two, so we had better be looking for ways to adapt.

There are some blessings to be derived from this. We cannot afford to become lazy or complacent. We must constantly explore opportunities and find other ways to accomplish things. In some ways, it is the gift that keeps on giving.

From one early adapter to another, I wish you a…

Photo: Ancient History Encyclopedia
No comments: Links to this post

I have mentioned in earlier articles that Huntington’s Disease share a common genetic defect. It was first reported several years ago a PubMed article links acommonality between HD, KD and SCA-1.

This morning I read a BBC News report about a potential breakthrough in the treatment and possible cure of Huntington’s Disease. This appears to be another positive step forward in search of an eventual treatment or cure for Kennedy’s Disease. 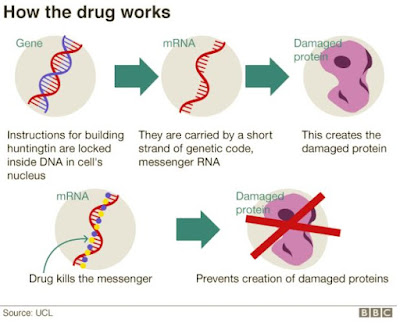 The treatment is designed to silence the gene…”

“…On the trial, 46 patients had the drug injected into the fluid that bathes the brain and spinal cord. The procedure was carried out at the Leonard Wolfson Experimental Neurology Centre at the National Hospital for Neurology and Neurosurgery in London. Doctors did not know what would happen. One fear was the injections could have caused fatal meningitis. But the first in-human trial showed the drug was safe, well tolerated by patients and crucially reduced the levels of huntingtin in the brain…”
No comments: Links to this post

A man with Kennedy’s Disease experienced increased phlegm in recent years causing coughing, gagging, and more difficulty talking. He saw a specialist to see if there was anything that could be done to help.

The gentleman contacted Dr. Christopher Grunseich at NIH to explain the situation and the procedure used to hopefully correct the issue.

He went on to explain the side effects of the injection. “…Within the last two weeks I have been noticing remarkable weakness in my upper body strength. My head drop has gotten worse and my left arm is twice as weak as it was before the procedure. Is there any way that the local injection could have spread throughout my entire body?”


“Sorry to hear that you have been experiencing worsening weakness and head drop. It is possible that the botox has contributed to worsening some of your symptoms, although it is difficult to say this with certainty. There have been case reports of patients receiving botox who have had systemic side effects (weakness), and there are several individuals in the attached series who do not have an underlying neuromuscular condition with symptoms developing 6 weeks after injection. The chance of systemic side effects may be related to the total dose and frequency. Your dose was lower (100 Units) than others who have reported side effects (with doses usually closer to 700 Units), but the Kennedy’s Disease may also make your muscles more sensitive to a lower dose, if some of the botox did spread systemically.

The reasons why there may be systemic effects from Botox injection are not clear. I would recommend that you try some other intervention with the gastroenterologist regarding the lower esophageal sphincter muscle. Perhaps a pneumatic dilation would have the chance of fewer side effects. We would anticipate that the weakness symptoms would gradually improve if they are a side effect of the Botox. It would be good for the neurologist to also see you to evaluate the change in strength.”

Advice from a 40-year veteran of Kennedy's Disease

Yes, sometimes I am amazed that it has been forty years in the making. I have learned a lot about living with Kennedy's Disease over these last four decades. 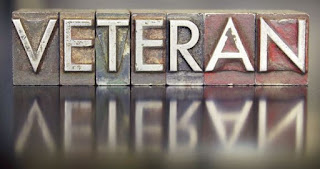 A young man stumbled upon my blog the other day and wrote me. He is 34 years old and just diagnosed with Kennedy's Disease. He wrote, "I don’t really know what to expect or even how to deal with things. Can you recommend to me anything as far as exercising or vitamin/ supplements or really anything I can do to try to remain my best possible. My neurologist will only see me every 6 months and really hasn’t told me much other then I need to see a genetic counselor  Any recommendations you may have will be appreciated  "

What I thought of later: