A crook in the neck 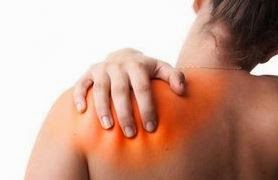 My article on March 7th discussed the neck problems I am experiencing. Thanks to all of you who offered your thoughts on what might help eliminate/minimize the issue.

The good news: The neck is better. Less aches and pain. The weakness is not quite as pronounced.

The bad news: It is still noticeable and at times it can be uncomfortable. The problem becomes less manageable while eating. Leaning over the plate strains the muscles and it isn’t long before it becomes an issue. I am currently experimenting with two options to minimize the strain.

Neck Brace: I did buy a neck brace a couple of weeks ago. It is the soft type and not very confining. I only use it when I am meditating or working at the computer for long periods. The benefit of a soft brace is that it reminds me when my head is drooping. It is then easy to correct. It does not hold the head up, however.

Exercises: I also stopped all neck exercises for a couple of weeks. About a week ago, I began performing a few neck exercises each day. These are more range of motion movements to maintain flexibility.

I’ll continue to experiment with and tweak my routines to see if the neck issue improves or becomes worse. Until then, keep your comments coming. They are appreciated.
No comments: Links to this post

Make friends with good habits – no, not Hobbits


Zen Habits has an article this week on adding more discipline into your life.
Getting Started with the Discipline Habit

What do you do if your life is a mess, you have no discipline or routines, can’t stick to anything, procrastinate, and feel out of control?

How do you get started with the discipline habit when you have so much to change?
You start by washing your dishes.

It’s just one small step: when you eat your cereal, wash your bowl and spoon. When you finish drinking coffee or tea, wash your cup. Don’t leave dishes in the sink or counter or table.
Mindfully wash your dish, right away.

Form this habit one dish at a time, one day at a time. Once you do this for a few weeks, you can start making sure the sink is clean. Then the counter. Then put your clothes away when you take them off. Then start doing a few pushups. Eat a few vegetables.

One of these at a time, you’ll start to build the discipline habit and trust yourself to stick to something.

But for now, just wash your dishes. 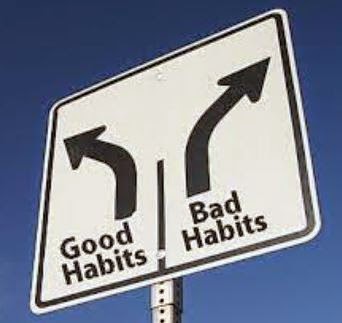 While reading the article, I thought back on the times someone mentioned to me that they are not as disciplined as I am. They wished they could find the time to exercise regularly … or meditate or whatever.

Just as important, I find it easier to change a negative habit when I can see or feel the results. For example, I quit smoking over 40 years ago because I saw and felt the negative aspects of what smoking three packs a day had upon my life and my family. I quit ‘one cigarette at a time’.

Now, when you initially start changing a habit, you will not see or feel the beneficial results. At that point, you are working on faith. You believe that the change will be positive in some way. For example, last summer I gave up eating ice cream every day. It was a habit I had been indulging in for close to 50 years. My belief was that I would generate less phlegm by eliminating this milk product from my diet. Now, I didn’t initially say, “I will never eat ice cream again.”  I told myself each time I wanted ice cream that I would wait an hour and if I still wanted it then, I would have a bowl.” Guess what? In an hour I was doing something else and didn’t even think about it. It has been nine months and I see and feel the difference. Today, I still don’t tell myself that I will never eat ice cream again. When I think about it (“Um, that sounds good”), I just wait an hour.
No comments: Links to this post


I am adding two more to Sir Isaac Newton’s Laws:

The last twenty days have been interesting. I mentioned in an earlier post that I was experiencing neck weakness and some discomfort in that area. This week, the situation is more severe and appears earlier in the day. I still haven’t been able to find a way to correct, or at least lessen, the weakness. I have:

But, neither appears to be helping. I am now considering consulting with my neurologist as to possible ways to help mitigate the issue.

For those readers who are living with Kennedy's Disease or something similar and experienced this problem, have you discovered anything that has helped the issue?
4 comments: Links to this post


This is an interesting article no matter what your opinion on IVF is. For those of us living with a genetic condition, and especially those of us who have passed along the defective DNA to our children, the possibility of erasing the defect from future generations provides hope.

The UK has now become the first country to approve laws to allow the creation of babies from three people. The modified version of IVF has passed its final legislative obstacle after being approved by the House of Lords.

The fertility regulator will now decide how to license the procedure to prevent babies inheriting deadly genetic diseases. The first baby could be born as early as 2016.

A large majority of MPs in the House of Commons approved "three-person babies" earlier this month. The House of Lords tonight rejected an attempt to block the plan by a majority of 232.
Mitochondria are the tiny compartments inside nearly every cell of the body that convert food into useable energy. But genetic defects in the mitochondria mean the body has insufficient energy to keep the heart beating or the brain functioning. The structures are passed down only from the mother and have their own DNA, although it does not alter traits including appearance or personality.

The technique, developed in Newcastle, uses a modified version of IVF to combine the healthy mitochondria of a donor woman with DNA of the two parents. It results in babies with 0.1% of their DNA from the second woman and is a permanent change that would echo down through the generations.

Timeline
In the debate, health minister Lord Howe said there was an opportunity to offer "real hope" to families. He stated the UK was leading the world and that three safety reviews by experts suggested it would be safe.

Lord Howe told the House: "Families can see that the technology is there to help them and are keen to take it up, they have noted the conclusions of the expert panel. It would be cruel and perverse in my opinion, to deny them that opportunity for any longer than absolutely necessary."

Lord Deben, the former government minister John Gummer, countered that there were "real doubts about safety". He also voiced concerns about whether the creation of such babies would be legal. It is quite clear that there is considerable disagreement, let me put it simply like that, about whether this action is legal under European law."

Baroness Scotland of Asthal, a former Labour attorney general, also questioned the legality asking: "Why the haste? Everyone agrees we have to get this right. If we're going to do something which everyone agrees is novel, different and important internationally we really have to be confident that we are on solid ground. If we are not we give a disservice."

Fertility doctor, Lord Winston, told the House there were comparison with the early days of IVF which was "also a set in the dark". He added: "I don't believe my Lords, in spite of what we've heard this evening, that this technology threatens the fabric of society in the slightest bit." 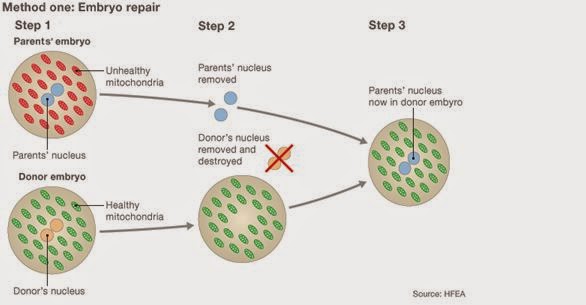 1) Two eggs are fertilised with sperm, creating an embryo from the intended parents and another from the donors 2) The pronuclei, which contain genetic information, are removed from both embryos but only the parents' are kept 3) A healthy embryo is created by adding the parents' pronuclei to the donor embryo, which is finally implanted into the womb 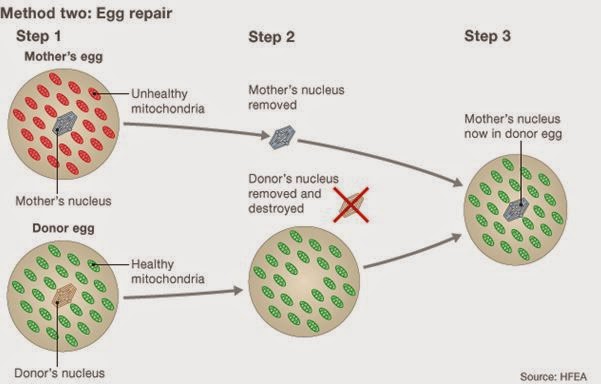 Sally Cheshire, the chairwoman of the Human Fertilisation and Embryology Authority, said: "Britain is the first country in the world to permit this treatment, and it is a testament to the scientific expertise and well-respected regulatory regime that exists across the UK that Parliament has felt able to approve it.

"The HFEA now have to develop a robust licensing process, which takes into account on a case by case basis the technical and ethical complexities of such treatments to ensure that any children born have the best chance of a healthy life.

"The HFEA has a long tradition of dealing with medical and scientific breakthroughs, ensuring that IVF techniques, pioneered in the UK and now practised across the world, can be used safely and effectively in fertility treatment."

Prof Alison Murdoch, who was instrumental in developing the technique at Newcastle University, said: "For 10 years we have publically discussed mitochondrial donation to explain how it could help patients whose families are blighted by the consequences of mitochondrial abnormalities.

"Whilst acknowledging the views of those who have a fundamental objection to our work, Parliament has determined that we should continue. We hope that opponents will accept its democratic decision. The science will be reviewed and, if accepted, we hope to be able to submit a treatment application to the HFEA when regulatory policies have been determined."

James Lawford Davies, a lawyer from Lawford Davies Denoon which specialises in the life sciences, told the BBC: "All of the legal arguments made in opposition to the regulations are hopeless. The regulations do not breach the Clinical Trials Directive which applies only to medicinal products.
"The regulations do not breach the EU Charter of Fundamental Rights and Freedoms which prohibit 'eugenic practices' as this is intended to prevent practices such as forced sterilisation and reproductive cloning, not treatments intended to prevent the transmission of disease."

The Catholic and Anglican Churches in England said the idea was not safe or ethical, not least because it involved the destruction of embryos.

Other groups, including Human Genetics Alert, say the move would open the door to further genetic modification of children in the future - so-called designer babies, genetically modified for beauty, intelligence or to be free of disease.

Estimates suggest 150 couples would be suitable to have babies through the technique each year. If the measure goes ahead, the first "three-person" baby could be born next year.
No comments: Links to this post