Information Links for Seniors and the Disabled

I received the following email from Richard Wright. I appreciate that he took the time to send these links to me. I hope you find some of these resources informative and useful. Thanks, Richard. 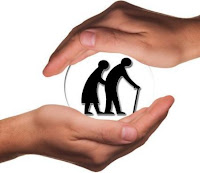 "Since you have so much great info on it [LWKD blog] for individuals who are senior citizens and/or have a disability, I thought you may like to update it with a few additional life- and financial-planning resources I found in my research. They cover a variety of topics, from healthcare and insurance, to home modifications, to canine assistance, and based on the information you’ve already shared on your site, I think they’ll be extremely helpful to your readers.

How to Use the Medicare Plan Finder

8 Types of Life Insurance Policies - Which Policy is Best for You?

What is Burial or Funeral Insurance & How Does it Work?

The Ultimate Guide to Getting a Service Dog

The Senior’s Guide to Paying for At-Home Long-Term Care: How Your Home Can be a Great Asset

Home Modification Programs from the VA


I hope you can find a way to use these! I’ve also been working on a project where I write articles about how people can create a plan for paying for any future long-term care needs that may arise. If you think an article on that topic would be relevant for your blog, I’d be happy to write a piece for you as well."
No comments: Links to this post

In the U.S., it is Thanksgiving. And, it is an opportunity for each of us to count our blessings. It is far too easy to focus on the setbacks and what Kennedy's Disease has done to us. But, when you consider everything else including family, friends, general health, a roof over our heads, food on the table, doctors who care, researchers working on a cure, our freedom, our servicemen and women as well as their families, we have so much to be thankful for.

I could go on, but you get the idea. Thank you for reading my blog posts and commenting. Be safe and stay upright. Bruce 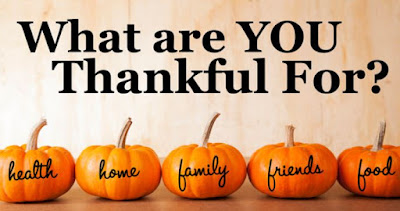 Researchers Find New Gene That May be Involved in SBMA 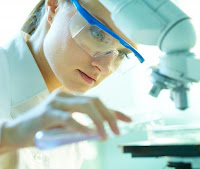 The below article was posted by Catarina Silva in SMA News Today. It is a preliminary study that could lead to further research in this particular area. You can read the entire article by clicking on the link below.


"...DHT did not increase SBMA cellular/genetic changes. However, the team found that several genes involved in the regulation of important neurological processes were dysregulated in SBMA spinal motor neurons upon treatment with DHT.

Among these, the FAM135B gene was reduced by more than 10,000-fold in SBMA spinal motor neurons when compared to healthy cells.

Interestingly, this gene was present at low levels in iPSCs derived from either SBMA or healthy individuals. Its differential expression was only observed once these cells became spinal motor neurons, leading researchers to hypothesize that “this gene plays a functional role in supporting sMN [spinal motor neurons] growth and survival.”

The results revealed a decrease in neuronal projections’ length and spinal motor neurons’ survival, suggesting a specific role for this gene in SBMA.

“To date there have been no detailed studies that define a role of FAM135B in the nervous system,” researchers said.

“Future work could be focused on detailed investigation of the role of FAM135B in SBMA. With FAM135B proposed to play roles in neuronal survival, growth and maintenance of structural integrity, it could be speculated that an upregulation of which in [spinal motor neurons] could potentially [reverse the disease-related neuronal changes],” they concluded."
No comments: Links to this post