If the world were 100 people

I came across this fascinating website the other day.  I agree with the article in Digital Inspiration that when you consider the world’s population of 6,927,434,849, it is difficult to put it into perspective when you try to break it down into sub-categories.  Yes, we could round it off to about 7 billion (give or take a hundred million), but it is still hard to grasp.  That is what makes the concept below so intriguing and easy to understand.

The World of 100 – by Toby Ng.  If the world were a village of 100 people, how would the composition be? The set of 20 posters is built on statistics about the spread of population around the world under various classifications. The numbers are turned into graphics to give another sense a touch – Look, this is the world we are living in. 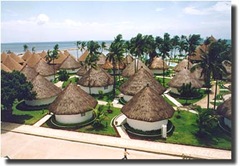 Digital Inspiration described it this way:  World statistics are often hard to remember but if the same data is presented with visuals and in relative form, things can get a little simple. That’s exactly how designer Toby Ng is approaching the problem with his World of 100 project. He has created a set of 20 posters around various world statistics but instead of talking in billions, numbers that are hard to visualize, the theme revolves around a village that has exactly 100 people.  Example:  If the world were a village of 100 people, 14 won't be able to read - that number is easier to visualize than 14% of 7 billion.

Today’s article is a visual look at our little village of 100 people (the world population).  I have selected five key areas (of the 20 shown on the website above).  Please take a moment and really look at each of these posters.  They tell a story. 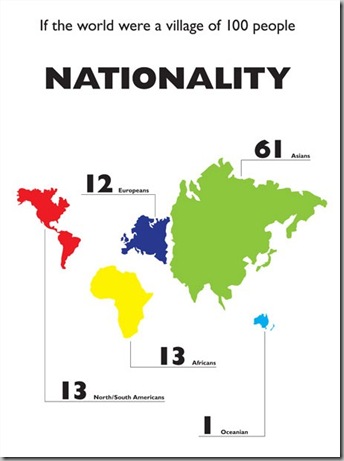 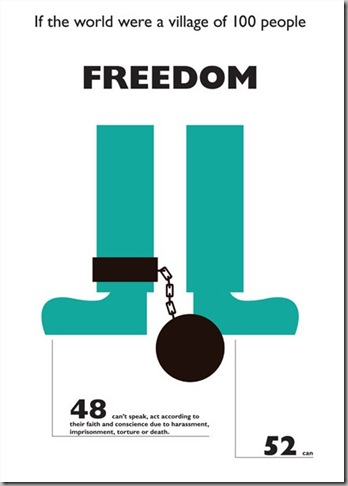 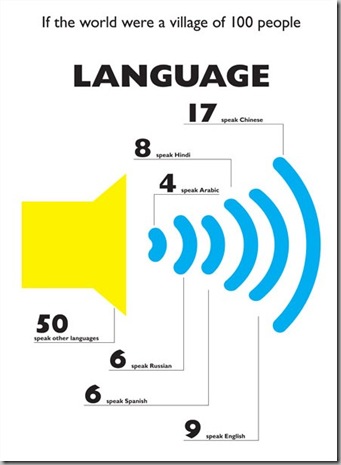 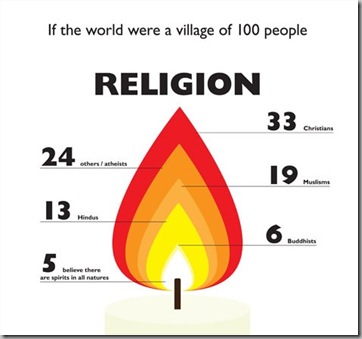 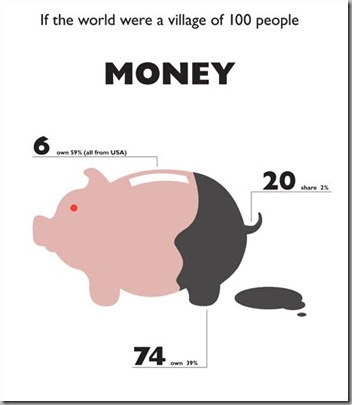 Even though it would be nice to be one of the ‘6’ in the ‘Money’ poster above, we still have much to be thankful for … especially our freedom.