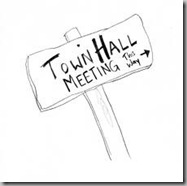 Yesterday’s KDA Chat Room topic was a “Town Hall Meeting on Dutasteride.”  We had a good discussion on the subject and it helped me to make a decision.

Several individuals on the chat, as well as three others not on the chat that I had talked with earlier, had taken dutasteride during the trial and some continue to take it today.  I found it interesting that one man stopped taking it after the trial and for the next six months experienced several falls.  He went back on dutasteride and feels better again.  Another went off the drug after the trial because he did not see an significant benefit.  Still another that takes it feels like he has more energy.

A younger man not on the chat commented to me that he stopped taking it and started having more muscle twitches (fasciculations) since stopping and plans to go back on it.  Another retired man says it has helped his strength and continues to take it. No one mentioned any negative side effects.

Dr. Fischbeck mentioned in an earlier email on the subject:  “The dutasteride trial did not show a significant effect on the progression of muscle weakness.”  And, in an earlier NIH report the following was mentioned.  “Those patients on a placebo lost, on average, 2% of their strength per year (two-year study).  Patients on Dutasteride showed a slight increase in strength, but statistically the difference was not significant.  Dr. Fischbeck surmised that the trial needed to be longer (at least three years) to better determine any benefits.  A few patients on Dutasteride did show significant improvement, while others did not.  Dr. Fischbeck felt that this could mean that the drug reacts differently in certain patients.”

The key words above to me are:
Even though I had been leaning towards this decision, yesterday’s chat really helped me decide.  I will be calling my doctor this week and asking him to prescribe Dutasteride for me (0.5 mg).  I figure I have very little to lose and a lot to gain.  Wish me luck!