I love Christmas.  I begin singing carols and Christmas/winter songs around Thanksgiving and do not stop until after New Year’s Day.  When my wife becomes a little tired of me singing the same song all day long, she gives me a whack across the back of my head to have me move on to another song.:-)

Some people get all caught up in the holiday spirit in another way – STRESS.  We had our first experiences with this type of spirit on Saturday afternoon. 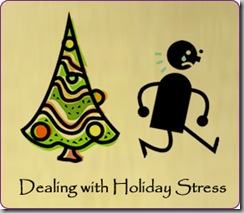 We were shopping and our last stop was CostCo.  We were the third card in line trying to turn across traffic that was heavy at times.  The first car was being overly cautious in making the turn, but we were not in any hurry.  The last car in our line (#5) was becoming a little perturbed waiting and began to honk its horn.  While we waited, about every two-to-three seconds the horn would sound.  My wife looked over and said, “Merry Christmas.”

As we pulled in we noticed the parking lot was packed.  I dropped my wife off at the front door and continued my search for a handicap space.  Since I bought the VMI van, I have to be more patient looking for a space because of the side entrance and ramp.  After a couple of trips around the lot I spotted a man in a scooter and his wife heading towards the parking lot.

I followed the two and saw he was parked in the perfect spot.  I put my flashers on and patiently waited while they loaded up their purchases and the scooter.  As the van backed out of the space, I slowly started pulling forward.  All of a sudden a woman in a sub-compact shot around my van and slipped into the space. 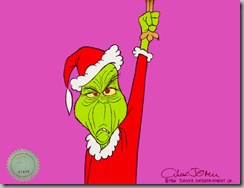 Initially I was dumbfounded because I could not believe anyone would do that.  Then, even more surprising, she got out of her car and jogged toward the entrance without placing a handicap placard on her mirror (there was no handicap license plate either).  I was ready to roll down my window and say something when my wife’s earlier comment (Merry Christmas) flashed into my mind.  I just smiled at that thought and drove on looking for another space.

Normally, I would have said something and might even have reported her for taking a handicap space without the proper placard or plate.  The occurrence might also have ruined our shopping experience.  For some reason my wife’s comment made me consider that perhaps this woman needed that space more than me this day.  And, besides, it just was not worth becoming upset over it.

Why was this story important enough to share today?  Because my normal reaction would have been a lot different (negative) and it might have ruined that moment.  It sure proved once again that we are responsible for our own actions and reactions.  And, the only handicap in life is a bad attitude.

Would my becoming angry or frustrated served any purpose?  Would I have ruined our outing by sharing this frustration with my wife?  Would any negative response at all be reflective of the true spirit of Christmas?  No, I do not think so.

As it worked out, I found another space and we finished our day in a positive mood.  I hope the next time something negative happens that I will remember my wife’s comment, “Merry Christmas.” 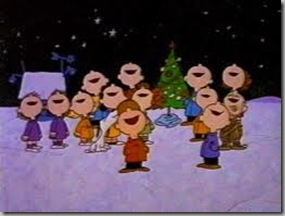