The word is being spread, but far too slowly

At least three or four times a month I receive an email from someone asking for help.  The person is either trying to locate a doctor in their area that is familiar with Kennedy’s Disease or they believe they have been misdiagnosed.  I find it interesting that the person contacting me has done some research on the Internet and matched their symptoms with the condition of Spinal Bulbar Muscular Atrophy (aka, Kennedy’s Disease).  With that information, they contacted the Kennedy’s Disease Association.

Even though information is readily available today, Kennedy’s Disease is still a relatively unknown condition that baffles many a doctor.  My concern is for the patient and family because they are often misdiagnosed or given no diagnosis … meaning more tests.  ALS is still the most common misdiagnosis.  Over twenty years ago my two brothers and I were diagnosed with ALS.  Even though medicine and diagnostic procedures have come a long way in twenty years, Kennedy’s Disease remains that rare disorder that is difficult to initially diagnose even though DNA testing is available and can conclusively determine if you have the mutation. 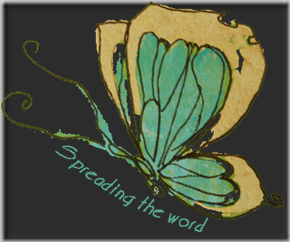 Our role today continues to be the same.  We need to inform doctors of the possibility of Kennedy’s Disease and the availability of the DNA testing.  In 2005, the KDA sent out brochures to over 10,000 neurologists in hopes of spreading the word.  The  informational brochure (PDF format) can be printed and given to your doctor.  Or, you can request that the KDA send you some brochures if you want to give them out.  Either way, we need to spread the word.