Part I of this topic was published Thursday.  If you have other questions concerning Kennedy’s Disease, please let me know by commenting in this blog article or by sending me an email.  If I cannot answer it, I will try to find someone that can. 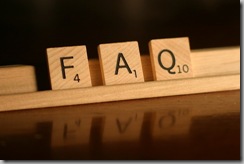 Q: How is Kennedy’s Disease diagnosed?
A: Fortunately, there is a simple blood test today that checks a person’s DNA for the defective chromosome. Almost any DNA testing laboratory can perform the test. A doctor or nurse can draw the blood and send it off to the laboratory. Test results are normally returned within three-to-six weeks.

Q: Why is Kennedy’s Disease so often misdiagnosed?
A: Until the 1990’s, there was no specific test for Kennedy’s Disease. The most frequent misdiagnosis has been ALS (Lou Gehrig's Disease).  Other misdiagnoses that some individuals with Kennedy's Disease have received prior to Kennedy's Disease being determined have been: Spinal Muscular Atrophy III - Kugelberg-Welander, Glycogen Storage Disease, Guillian's Barre, Myasthenia Gravis, and Multiple Sclerosis.


Q: Why don’t we hear more about Kennedy’s Disease?
A: Kennedy’s Disease is considered a rare medical disorder. It is estimated that only 1 in 40,000 individuals worldwide have Kennedy's Disease. However, many go misdiagnosed or undiagnosed for years.

Q: One of my parents has the defective gene. I have or am considering having children. Should I be tested or should I have my children tested?
A: This is a question that is asked quite often. Some families have even considered prenatal testing. The KDA recommends that if you have this concern, you should consult with a qualified genetic counselor.


Q: I heard someone mention “Dry Drowning.” What is that and do I have to be concerned that this could happen to me?
A: Dry drowning or laryngospasm is a common occurrence for many of with Kennedy’s Disease. It is the result of a spasm in the adductor muscles - the muscles closing or bringing the vocal folds together. Laryngospasm happens when your voice box or the area of the windpipe below the voice box detect the entry of water or another substance. The vocal folds spasm and the airway shuts down. All of us have experienced it when a bug flies down your throat while you were starting to inhale, or you inhale a glass of water. The vocal cords very immediately and very effectively close. That closure is a benefit to protect the airway, but it makes “breathing in”, very difficult. The throat muscles weaken (atrophy) in a person with Kennedy’s Disease. Because of this, it becomes more difficult to swallow or clear the throat. Your can read more about laryngospasm at: Voice Doctor.Net.


Q: I am considering having surgery. Is there any information about Kennedy’s Disease that I should make my doctor or anesthesiologist aware of before hand?
A. Yes, the KDA recommends that you print the information found on our web site and review it with your surgeon. The links and articles provide information and warnings that should be taken into account before surgery.  You can review and print relevant information at the following link: Surgery Information.

Q: My doctor does not seem to be aware of Kennedy’s Disease.  Is there a brochure I can give him or her?
A: A comprehensive easy to read guide on Kennedy's Disease that explains what it is, how it is contracted, what the symptoms are, etc. is available. Click on these links to see the brochure:   KDA Brochure Front         KDA Brochure Back