Below is a small portion of the article in SMA News. Since the focus is on repairing triplet disorders, Kennedy's Disease (SBMA) could also benefit. 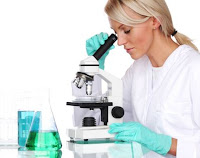 The study, “Engineered transfer RNAs for suppression of premature termination codons,” was published in the journal Nature Communications.

Several lines of research have attempted to find compounds that are able to repair nonsense mutations. However, previous research has shown that certain small molecules can generate a different type of mutation that is able to disrupt protein function, but they can be toxic to the ears and kidneys. In addition, using the CRISPR/Cas9 gene editing technique — a potential treatment for diseases caused by nonsense mutations — has presented other challenges, such as off-target effects.

Aiming to find a suitable approach with the ability to repair nonsense mutations precisely, a team from the University of Iowa Carver College of Medicine, The Wistar Institute, the Cystic Fibrosis Foundation Therapeutics Lab and Integrated DNA Technologies investigated the potential of using tRNAs.


All genetic information contained within genes (DNA) is ultimately translated into proteins. However, the process is complex, with several steps: DNA is transformed into messenger RNA (mRNA), then a process called translation begins, which results in the production of proteins.

tRNA is a type of RNA molecule that helps decode a messenger mRNA sequence into a protein. Through specific sequences called anticodons, tRNA molecules match up with the corresponding mRNA and deliver the correct amino acid to build a protein in a cellular structure called ribosome.

Researchers engineered tRNAs to recognize and suppress three different stop codons — triplets of nucleotides that prematurely stop gene expression and impair protein production. (Gene expression is the process by which information in a gene is synthesized to create a working product, such as a protein). ...

To continue reading this article, click on this link