The link below is to a very detailed report on a recent Kennedy's Disease (SBMA) research study. It is too detailed for me to summarize. 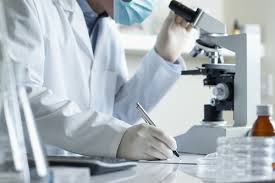 ... It has been widely reported that the ligand-dependent nuclear accumulation of mutant AR is required for SBMA pathogenesis17,18,46. This mechanistic insight into the toxicity of polyQ-expanded AR ultimately led to clinical studies that tested the effect of the androgen suppressors leuprorelin acetate and dutasteride on disease progression in SBMA patients81,82,83. Despite recent evidence that long-term treatment with leuprorelin acetate modestly slows disease progression84, overall the protective effects of androgen suppressors observed in SBMA animal models have not had a substantial impact on disease progression in symptomatic patients. The lack of an effective treatment for SBMA underscores the need for a better mechanistic understanding of aspects of mutant AR metabolism that can be targeted to ameliorate its toxic effects. To this end, the goal of this study was to determine if nuclear export, a poorly understood step in the metabolism of AR, plays a role in SBMA pathogenesis and whether reducing nuclear AR by enhancing its export can reduce its aggregation and toxicity.

...  This study offers the first evidence that the nuclear export of polyQ-expanded AR is impaired, highlighting a novel aspect of AR metabolism that may contribute to the pathogenesis of SBMA. Furthermore, our data support a model in which the mutant AR is rapidly degraded by the proteasome once exported from the nucleus, thereby decreasing its stability, aggregation, and toxicity. Although additional work will be required to fully elucidate the mechanism underlying deficient nuclear export of polyQ-expanded AR, our results provide a new direction for investigations into therapeutic manipulation of the mutant, polyQ-expanded AR in SBMA.