The Annual Kennedy's Disease Conference was held in Chicago this year. The post-conference newsletter is now available for reading (PDF) online. There are several excellent articles on current research as well as plenty of conference news. I have copied a couple of the articles that might be of interest.

The annual conference of the Kennedy’s Disease Association was held this past October in Chicago. We are lucky in that we have a group of researchers that not only are dedicated to finding a treatment for KD but also able to find time to present their most recent research at the meeting. In addition, our meetings also allow for the interaction between the researchers and the conference attendees. This is by far the most rewarding part of the conference for me personally.
As is typical, researchers who came to the meeting were from most of the labs in the USA and Canada that make major contributions to KD research as well as some from across the pond. The research described at the meeting is generally unpublished work and as a result, is not usually ready for broad distribution. For me, however, one of the more interesting and encouraging developments this year actually was not a part of our conference and did not even deal with KD but its close cousin, Huntington’s Disease (HD). A new clinical trial using something called anti-sense oligonucleotides (ASO) had started this summer. Without going into excruciating details, ASO’s prevent the production of the protein that causes HD and as a result, the symptoms of HD in mice were reduced with the injection of this ASO. The success of these experiments in mice led to the formation of the clinical trial to use ASO’s in humans. Experiments using ASO’s against the androgen receptor (the protein affected in KD) in mice have also shown to be effective in relieving symptoms of KD. Thus, if this treatment works in HD patients, it should work in KD as well.
The KDA Conference is also the site of the notification and presentation of the research grants funded by the KDA. This year, thanks to your donations and fund raisers two grants were awarded at the conference, one to Dr. Miltiadis Paliouras (principle investigator) and Dr. Lenore Beitel (co-applicant) who are Assistant Professors at McGill University; and the other to Dr Constanza Cortes, a post-doctoral researcher in Al La Spada’s lab at UC-San Diego. The competition for the grants was extremely fierce this year as a record number of proposals were submitted – all of them of excellent quality.
____________________________ 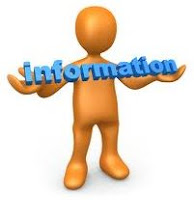 sitting up, rolling over, sit-to-stand, and stepping up an 8-inch step were well tolerated by persons with spinal and bulbar muscular atrophy when supervised by rehabilitation and/or nursing professionals. Overall, strength, balance, function, and quality of life did not differ between those who received the exercise versus stretching (control group), however, those with relatively low baseline function improved their functional profile and those with relatively high baseline function improved their general activity level, compared with the control group. More research is needed to help optimize exercise intensity, mode, frequency and duration for individuals with KD. General recommendations for people with KD include attempting to incorporate daily physical activity into your lifestyle, along with good nutrition and sleep habits. If you experience falls, fear of falling, leg weakness, requirement of assistance or assistive devices for standing and walking, it is recommended that you first be examined by your primary doctor, neurologist, or physiatrist to discuss contraindications and exercise goals. It is also recommended that exercises be initially prescribed and monitored for appropriate post-exercise recovery by a physical therapist, until a safe and sustainable self-directed program can be assured.

NIH does not endorse or recommend any commercial products, processes, or services. The views and opinions of NIH authors do not necessarily state or reflect those of the U.S. Government, and they may not be used for advertising or product endorsement purposes.