The Natural History of Kennedy's Disease 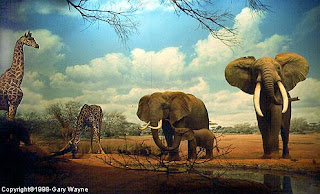 Dr. Lenore Beitel was on our chat this last Saturday.  A question was asked about whether there was any correlation between the CAG – repeat length (the number of CAGs) and age of onset and progression.  Dr. Beitel responded that there was a study in Japan that was published four years ago that answered this question.  Dr. Beitel was kind enough to send me the link to the transcript and I downloaded it.  When I saved the PDF, I was told I already had that file (Yup, I totally forgot).  Well, I read the article again Sunday and found it worthwhile and in need of sharing with others.

The study is titled, “Natural history of spinal and bulbar muscular atrophy (SBMA): a study of 223 Japanese patients.”  Several doctors including Gen Subue performed the study.  There is no cost to read or download the report.

Fortunately, this study is well written … meaning I could understand it.  This is the only study that I am aware of that focuses in on what happens and when does it occur.  It is based upon data provided for up to twenty years of a patient’s life.  This study is different than most, because of the number of patients.  So often the patient base is substantially smaller.  I would recommend reading the article if you want to learn more about the onset and progression of Kennedy’s Disease.  Little time is given to the cause of Kennedy’s Disease or current research if that is your interest.  Below, I will summarize what I found interesting.

In my opinion, the key findings in this study were:

1.  The greater the size of the CAG-repeat expansion (CAG count), the earlier the onset.  The study used nine ADL’s (activities of daily living*) for milestones in this study.  The age of onset of these nine ADL milestones were evaluated in the 233 patients.  ADL’s include:
a.       hand tremors
b.      muscular weakness
c.       requiring a handrail to climb stairs

2.  The rate of disease progression was not dependent upon the number of CAG-repeats.  This was very interesting to me.  One you began to see symptoms, the progression appears to be fairly well defined.  (See the next bullet)

3.  The researchers commented that the most striking observation was that the CAG-repeat length did not affect the interval periods between the individual ADL milestones.  In other words, the progression of the disease is not influenced by the CAG count.  Once a patient reached one milestone, the length of time to the next milestone was similar to the other patients regardless of the count.  The thought here was that progression from degeneration to cell death might be determined by intrinsic factors such as a “cell death processing system” (I am not certain what this means).

4.  The most common cause of death was pneumonia due to aspiration and dysphagia.  Even though these two bulbar symptoms were relatively mild when first manifested, they were serious issues in the later phases of the disease.  I always knew that pneumonia was bad from a personal family experience and from comments of others living with the disease.  This point reemphasizes the need for flu and pneumonia shots as well as constant vigilance in regards to any signs of these health concerns.

5.  Creatine kinase (CK) averaged 863 in these patients with a range from 31 to 4955.  A reader asked a CK question recently and all I could comment at that time was based upon personal history.  The normal range for CK is 45 to 245.

6.  Serum testosterone levels were relatively high even with older patients, although the levels did decrease with age.

Of the key findings, I expected #1, but was surprised about #2 and 3.  These two were probably the most interesting to me.  #4 and 5 were not a surprise, but #6 was unexpected also.  Because of the size of the study group and the consistency in certain results, I believe the information will help many of us living with Kennedy’s Disease to understand the phases of the disease.  In a few weeks, I will read the report again to see what else I can glean from it.

* Note:  Certain other symptoms were left out of this study because patients were not always aware of them (or when they started) even though they might be present.  They include muscle cramps, muscle exhaustion, difficulty chewing, fasciculation (muscle twitch), and gyneconmastia (enlarged breasts).

I would be interested in your thoughts after you read the study.  Did you find the report interesting?  Did anything surprise you?  Will the findings change anything in your life?