More than you want to know – A Guest Post

Today's article is a guest post from John C., a good friend of mine and another person living with Kennedy's Disease. John is also a board member of the Kennedy's Disease Association (KDA) so we have the opportunity to interact regularly (probably a little too often to his liking). John is someone that I can call any time just to shoot-the-breeze, solicit support, or to get his opinion/advice on something (in short, he is a good listener). He has a way of always making me laugh, and for that, I am most appreciative.

Over the years, John has published a series of articles on the KDA web site that were often quite humorous and also educational. The post below is an excerpt from one of these articles. I hope you enjoy it. 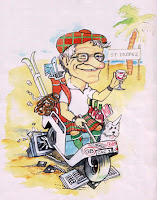 I had been thinking about all of the conversations that I have been a part of during these last four years about the disability filing process both for a private company as well as with the Social Security Administration, and have always come up with the same answer for myself: I just am not ready to turn that switch on in my head that says I'm disabled. Not that I am any better than anyone else; just that I have always enjoyed work, and I still do, but I have filed the papers as I am unable to continue at the same work.

I have fallen at times and not been able to get up, both with clients and also alone, almost anywhere you can imagine. So far I've been lucky: only one broken foot but many sprains & strains; with the pain & swelling that would have left three weeks earlier if only I had broken the ankle. I have worn the same boots now for three weeks because the ankle swelling won't go down to the point of letting me get back into my shoes. The cell phone didn't work there on the floor and I was there in the lobby of that office building for four minutes before someone came by and helped me up with the "wedgie lift". That's the next thing that I'll patent: it will attach onto the back portion of your belt and be fully functional: the next fashion statement for me.

The fall could have happened between cars in a remote area of a parking lot and not inside of a building. I really thought I had broken the ankle since I couldn't move from the corner where I landed and I couldn't even turn around. Stuck there like a sack of sand. As the falls have happened with increasing frequency these last three years, it's time to use the head and not the body. That will be a real challenge! 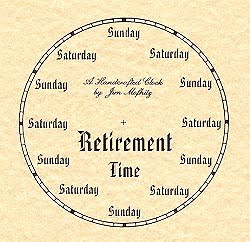 The transition from being physically active in the workplace to being only mentally active (yes, I hear you all laughing) will be/is somewhat easier than I anticipated. Subconsciously I realized that the transition had started weeks before the Holiday Season began this winter. One Saturday in December I proudly proclaimed that "today I am going to change two light bulbs" and immediately thought of all those ethnic jokes of years past about how many did it take to do this or that: now I'm really the joke. Good thing my sense of humor is somewhat intact. I only could get to one of them: my son John finished the task and opened a can of beer for me. Those cans are harder to open than ever: I can't do it without a penknife, which is also harder to open too.

A few little known facts might help us all; there are 65 million of us who are 65 or older, and ½ of them will fall down within the next 12 months. Those of us with Kennedy's Disease will fall a little more often. Here's how to lessen your chances of a fall: