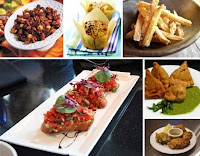 I poke fun at the fact that my wife is a vegan, but it really does not bother me. I have always tried to support her and for several years while we lived in Pennsylvania, I only ate chicken or fish and no red meat at all. I survived (just kidding) and actually did not miss eating red meats (much anyway). For about two years, my wife even went Macrobiotic. She was probably the healthiest she has ever been and definitely felt the best. I supported her venture and actually found myself enjoying her cooking.

To digress a little, the macrobiotic approach feels that food and food quality powerfully affect health, well-being, and happiness, and that a macrobiotic diet has more beneficial effects than others do. The macrobiotic approach suggests choosing food that is less processed. Macrobiotics emphasizes locally grown whole grain cereals, pulses (legumes), vegetables, seaweed, fermented soy products and fruit, combined into meals according to the principle of balance (known as yin and yang). Whole grains and whole-grain products such as brown rice and buckwheat pasta (soba), a variety of cooked and raw vegetables, beans and bean products, mild natural seasonings, fish, nuts and seeds, mild (non-stimulating) beverages such as bancha twig tea and fruit are recommended. Nightshade vegetables, including tomatoes, peppers, potatoes, eggplant; also spinach, beets and avocados are not recommended, or used sparingly at most, in macrobiotic cooking, as they are considered extremely yin.

Back to the point, on our way to Georgia (our new home) I saw a billboard for Steak-n-Shake. When I lived in Georgia in the 70's, I would eat at a Steak-n-Shake once or twice a week. They made great hamburgers and wonderful shakes. Well, the billboard said that if I took the next exit, there would be one right around the corner. Something (I am not certain what) took control of the steering wheel. I soon found myself stopped at the drive-thru speaker and ordering a double steak-burger with everything and a large chocolate shake. With every bite, memories of my younger years flooded through me. I felt like I was in heaven (but I also was feeling a little guilty).

Well, ever since I crossed over to the dark side, I have enjoyed my red meat (and shakes). I justify it by telling myself that I need the protein. I still enjoy chicken and fish (probably prefer fish to anything else), but something keeps on taking control of my body when I approach a Steak-n-Shake or Hardies.

Because I constantly complain (in a kidding manner) to neighbors and friends that I am starving, they break down and bring me leftovers (the ones with meat in it). My wife has become accustomed to my ranting and just ignores me when I get on one of these kicks.

Well, I found out that yesterday, when she was with three other friends on a shopping trip in the mountains that they tried to give her gas money. She refused the money, however, and commented that if they really wanted to do something for her, they could bring me their leftovers (the ones prepared with meat). VICTORY!  Score one for the home team!