This is way above my understanding level, but might be of interest to some of you. 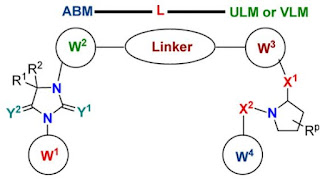 Prostate cancer (PCa) is the most common malignancy diagnosed among men in Western countries and the second leading cause of cancer-related deaths, with over three million men in the United States living with the disease. Positive predictor of prostate cancer risk and tumor stage involves the prostate-specific antigen (PSA)-related serine protease kallikrein-related peptidase 4 (KLK4), which is overexpressed in prostate cancer relative to benign tissue. In vitro, KLK4 has been found to promote prostate cancer cell migration, proliferation, and epithelial-to-mesenchymal transition. Despite improvements in external radiotherapy, brachytherapy, and radical prostatectomy treatment, up to 35% of patients with localized or locally advanced PCa may experience disease relapse.

Androgen deprivation therapies (ADTs) such as enzalutamide (an androgen receptor inhibitor) and abiraterone acetate (an inhibitor of androgen biogenesis) are considered to be frontline treatments and have shown benefit to patients with advanced PCa. However, castration-resistant prostate cancer (CRPC) invariably develops, leading to the lethal form known as metastatic castration-resistant PCa (mCRPC), which gives rise to high mortality rate, and no cure is currently available. Treatment targeting androgen receptor (AR) signaling becomes ineffective in advanced prostate cancer with AR gene mutation, amplification, and alternate splicing. Nonetheless, most patients who progress on enzalutamide and abiraterone have rising prostate-specific antigen (PSA) levels, which strongly suggests that these tumors are still dependent on the AR signaling.

Understanding the molecular mechanisms that drive the prostate cancer progression is essential to develop therapies that will attenuate the metastatic growth. As such, several mechanisms have been proposed to account for continued AR signaling such as point mutations in the AR ligand-binding domain (LBD) and expression of AR splice variants (ARVs) that have been shown to mediate resistance to abiraterone and enzalutamide. The ARVs are active even in the absence of ligands and are truncated AR isoforms that lack LBD but retain the DNA-binding domain (DBD) and N terminal domain (NTD). Several signaling pathways activate AR signaling in the absence of ligands in prostate cancer models like IL-6 and HER2. Interestingly, the majority of these pathways are thought to activate AR through its NTD, either by post-translational modifications or by direct interactions. Regardless of the mechanism at play, the continued expression of AR target genes is a major driver in the resistance found in PCa treatment, and new therapies are necessary to treat these cancers.

In the absence of androgens, AR is bound by Heat Shock Protein 90 (Hsp90) in the cytosol, which leads to conformational changes and the release of AR from Hsp90 that exposes the nuclear localization signal (NLS). Hsp90 is the most abundant intracellular protein in mammalian cells and is essential for a wide range of protein assembly, folding, trafficking, and degradation processes. Furthermore, Hsp90 is composed of an N-terminal adenosine triphosphate/adenosine diphosphate (ATP/ADP) binding domain, a middle domain involved in client protein binding, and a C-terminal dimerization domain. The N- and C-termini contain distinct binding sites for ATP and are associated with a specific functional activity. The binding of ATP at the N-terminus provides energy to modulate protein trafficking and folding, whereas nucleotide binding at the C-terminus is linked to allosteric regulation of ATP binding to the N-terminal site. Hsp90 inhibitors exhibit anticancer properties as proteins associated with malignant growth, including growth factors, kinases, and hormone receptors, which are dependent upon the Hsp90 protein folding machinery for their activation and maturation. Consequently, inhibitors of Hsp90 can disrupt multiple signaling cascades simultaneously, which may result in a combinatorial attack on numerous signaling pathways.

Thus, alternate therapeutic strategy, such as proteolysis targeting chimera (PROTAC) has gained momentum with its promise in the discovery and development of completely new types of small-molecule that induces targeted protein degradation. A PROTAC molecule is a heterobifunctional small molecule containing one ligand, which binds to the target protein of interest, and a second ligand for an E3 ligase system that is tethered together by a chemical linker. From the above discussion, AR protein plays a crucial role in CRPC, and AR degraders designed based upon the PROTAC concept could be potentially very effective for the treatment of CRPC. Compounds of this Patent Highlight comprise bifunctional small molecules that recruit endogenous proteins to an E3 ubiquitin ligase such as Von Hippel-Lindau (VHL) E3 ubiquitin ligase, for ubiquitination and subsequent degradation. Thus, these compounds (where ABM is an AR binding moiety, ULM is an E3 ligase binding moiety like VHL E3 ligase binding moiety (VLM), and L is a linker moiety) are modulators of targeted ubiquitination, degraders of androgen receptor (AR), and provide effective treatment or amelioration of a disease condition such as prostate cancer and Kennedy’s Disease. The first targeted protein degrader (Arv-110, an orally bioavailable small molecule AR PROTAC) has been cleared by the FDA for phase I clinical trial for the treatment of advanced prostate cancer (https://prostatecancernewstoday.com/2019/01/30/fda-clears-phase-1-trial-arv-110-advanced-prostate-cancer/).