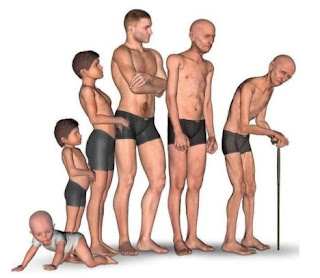 I caught a comment last night while watching TV that was interesting. The body loses an average of 5% of its muscle tissue with each decade after 30. It made me realize the double jeopardy those of us living with a progressive muscular disorder face.

I turned 70 this year. Over the last several years, I noticed my muscle mass appeared to decline more rapidly. Initially, I concluded this was more a perception and not reality. After reading this study, I now believe it is true. Interesting.

Today I did a little research and came across the following NIH study. Follow the link in the title to read the entire article.

“Purpose of review
This review article focuses on the changes that occur in muscle with age, specifically the involuntary loss of muscle mass, strength and function, termed sarcopenia. Particular emphasis is given to the metabolic alterations that characterize sarcopenia, and to the potentially treatable causes of this condition, including age-related endocrine and nutritional changes, and inactivity.

One of the most striking effects of age is the involuntary loss of muscle mass, strength, and function, termed sarcopenia. Muscle mass decreases approximately 3–8% per decade after the age of 30 and this rate of decline is even higher after the age of 60. This involuntary loss of muscle mass, strength, and function is a fundamental cause of and contributor to disability in older people. This is because sarcopenia increases the risks of falls and vulnerability to injury and, consequently, can lead to functional dependence and disability. A decrease in muscle mass is also accompanied by a progressive increase in fat mass and consequently changes in body composition, and is associated with an increased incidence of insulin resistance in the elderly. Furthermore, bone density decreases, joint stiffness increases, and there is a small reduction in stature (kyphosis). All these changes have probable implications for several conditions, including type 2 diabetes, obesity, heart disease, and osteoporosis.

Recent findings
Recent data reported include those regarding the potential role of insulin resistance in the development of sarcopenia, the potential role of androgens and growth hormone in the treatment of this condition, the usefulness of exercise including both resistance and aerobic training to improve muscle growth and function, and, finally, the possible use of nutritional manipulations to improve muscle mass.

Sarcopenia is likely a multifactorial condition that impairs physical function and predisposes to disability. It may be prevented or treated with lifestyle interventions and pharmacological treatment. Further long-term investigations are needed, however, to ascertain what type and combinations of interventions are the most efficacious in improving muscle mass and function in older people. …”