The dictionary defines phlegm as the thick viscous substance secreted by the mucous membranes of the respiratory passages, especially when produced in excessive or abnormal quantities.

Over the last year or so I have been producing excessive quantities, often causing me discomfort. It started with clearing the throat several times a day. Recently, it is often several times an hour. The situation has become much worse this fall, perhaps caused by allergies. 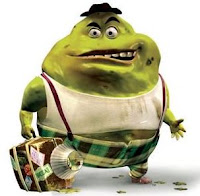 Normal phlegm is not an issue to me. What is a problem is the amount and thickness of phlegm generated recently. At times there is so much it causes constant coughing for an hour or more. Hot liquids (tea and water) with lemon help a little. Mucinex also helps. The key ingredient in Mucinex is Guaifenesin. It works by drawing water into the bronchi – the air passages branching into our lungs. The released water both thins the mucus and lubricates the airway, facilitating the removal of mucus from the chest by coughing, and making it easier to breathe.

But, at times, I still find myself locked in a battle to free the lungs of the thick stringy paste-like substance. During these moments, it is not uncommon to have sore ribs and a sore groin after hacking and coughing. It still amazes me how much phlegm can be discharged before feeling good again.

Initially, we assumed it was caused by ice cream. I quit eating it. Then I quit eating most dairy products. When I still had problems, we began to experiment with the elimination of other foods. My wife encouraged me to keep a food journal explaining what I ate, when and what was the result. The problem was that somethings didn’t add up. My wife then began reading the ingredients. One commonality in most everything I had problems with was soy (beans, flour, oil, etc.). It is amazing to me that most everything contains soy products of one kind or another.

So, the battle continues. Sometimes I win, but far too often I lose. As I remove more foods from my diet, the situation is becoming more manageable, but not resolved.